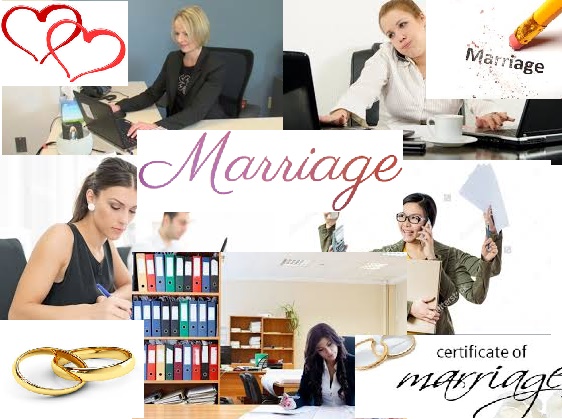 Though the question appears bit unorthodox, looking at the current socio-economic environment, its relevance cannot be undermined. Though marriage is an institution, there is no compulsion that everyone should attend it. With the quantity of divorces on the rise and the domestic crime graph touching zenith, the belief in this institution is slowly thinning. Further, the trend of live-in relationship is also on the rise which is slowly making the paper called marriage certificate, obsolete.

In general, a person gets married mainly for four reasons; food and shelter, sexual pleasure, to raise kids and social obligations. As far as the food and shelter is concerned, all working women are capable enough to live their life in a decent and respectable way. Many working women are even taking care of their parents, their relatives etc. Gone are the days when women were considered as financial burden on their in-laws. Today, they are totally independent and that is the main reason why, most of the parents want working wife for their sons. This also reduces the magnitude of dowry which otherwise runs into killer amounts for the ‘housewives’.

As far as the second reason is concerned, marriage is no longer the license for having sex. Today, the kids are matured well before their legal age. Boys are openly challenging the cut-off date for being declared juvenile by their acts and deeds. The fact is that kids are getting transformed to undeclared adults right from the age of twelve or thirteen. With the information at the tip of the fingers and advent of internet, the exposure of these kids to X-domain happens too early. The e-media and the print media serve all that content openly and free of cost that was once considered as forbidden to watch or read for.

This exposure has lead to the curious minds converting the illusion to the practical stuff at the earliest available opportunity. That is the main reason, the average age of having sex for the first time has gone down to fifteen and below. Once it commences, the urge forces these teenagers to find ways and means to continue. And, with such mindset in place, the concept of staying virgin till the marriage is also slowly dying down. Sex is on the platter now and the increase in ‘live-in’ relationships has made it more affordable without a tag of responsibility and answerability. It clearly means indulging in sexual pleasure without any commitment till the interest lasts. In other words, there is no need for marriage as far as this reason is concerned.

Raising kids and having a family is one of the strongest reasons why people marry. However, there are single mothers who do raise the kids and there are married couples who adopt children to complete their family. Though, child adoption is one process that has not garnered much momentum and there are kids still waiting to be a part of a happy family. This may also be due to fact that a woman wants to be a mother, to carry a baby and deliver and to experience the motherhood in her lifetime, all by herself. There are very few exceptions to this mind set. However there is always an option of adoption available with the women who don’t want to get married.

There were days when the society used to put extra pressure of marriage on to the single women. The relatives, the neighbours, the colleagues, all used to see a single ‘overage’ woman as the culprit of a social offence. They were forced to marry against their wishes. But now the social scenario, at least in urban areas has completely changed. Life has become more robotic and people do not have time to indulge or interfere in others matters. Hence the social pressure in urban areas for single women to get married is relatively mild. There are many unmarried women who had made to the top in their respective fields beating all odds. They have not felt the need to get married and the society had never questioned them. In fact, many unsuccessful unmarried women are treated with utmost respect and given a much higher place in the society than their married counterparts.

Staying single for women in rural areas or in an uneducated society may be very difficult as far as the social obligations are concerned. But in urban pockets, educated hubs, developed areas and fast moving societies, it is no longer a social taboo.

Sheena (name changed) works for a public sector bank and her office hours are stretched unprecedentedly to achieve the performance targets and also to compensate for the workmen inefficiency protected through irrelevant labour laws. Her straightforward question was, “What is that I will gain by getting married?” Her question is very pertinent. She feels that currently she is taking care of herself and her parents. After marriage, she needs to take care of an additional person and associated human liabilities.

She further states that currently when she comes late from office, her mother prepares food and keeps things ready for her. Sometimes when it is too late, they manage with light food or order it from outside. Is that possible after marriage? Further, there are various Dos and Don’ts post marriage. How will she cope with all these personal issues when she has very less time to spend at home? What about her personal space, her comfort, her entertainment, her relaxation, her desires etc?

Natasha, who is newly married and works for a private sector IT Company, finds her married life too complex to handle. She says her husband who works in a government sector, comes back home quite early and spends his time watching TV. He waits for her to get the dinner prepared more like an unpaid housemaid. Further he demands sex without bothering of my tiredness levels. He also expects me to get up early to ensure cleanliness of house and preparation of the breakfast. Natasha feels that the marriage is more beneficial to her husband than her. By getting married, her husband literally got a house maid, a cook and a sex worker, all for free.

The cases of Sheena or Natasha are common in today’s households. Living in this money driven society and Seeing the minuscule benefits a woman gets after getting married, she can indisputably ask the fundamental question, ‘Should a working woman marry?’

15 thoughts on “Should a working woman marry?”