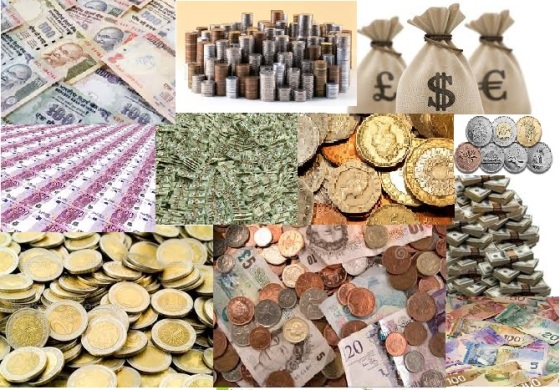 The answers to many of these question will be a big NO from people considering themselves powerful. Though, few of these issues are worth attempting. Will someone attempt them? If yes, then the world may start considering that person powerful. The power of a human being is not in the act of destroying, it is the capability of creating things. It is the act of respecting human lives and working towards their well being. The power of destroying is applicable to the non-living things that do not have the mind to think or the ability to decide between right or wrong. The earthquake may be considered powerful; the hurricane too may sound powerful.

The richness of a man is also measured by the act of delivering. It is immaterial how much one possesses; it is the ability of giving that decides the richness of a person. Ask the richest person to donate half of his wealth for building houses to the people living in slums? Ask him, if he can donate one fourth of his wealth for the treatment of cancer patients? They donate, but it is few thousand dollars. Sometimes, the local millionaire may donate amount higher than the world richest. If we make a list of people based on their donating capabilities expressed as a ratio of donation made and available wealth, we may get truly rich persons.

What is that one gets in spending life acquiring just money? Though it is the money for which the entire world is engaged in performing the daily circus. If we zoom in the world from the satellite camera and see people engaged in their daily chores, we will be surprised to know that this daily chaos is all because of money. If, all the employers, officials, administrators declare that one day in a week there shall be no money transactions, online or offline and no payment shall be made to the employees, the impact will be worth noticing. The shops will be closed, no street vendors, no encroachments, thin attendance in office, no traffic, just an ideal holiday to enjoy! We may feel that the world’s population is reduced to mere 5-10%. The hustling-bustling cities may look like the cities of pre-historic era. Such is the power of money in modern day life.

Further to this, if a country requests its people to deposit all their earning in the banks and get their accounts updated. Those who do not have bank accounts can purchase equivalent worth of gold or silver coins as the currency which is in use is getting changed. That means all the old notes and coins shall no longer fall under the currency value. They shall become ordinary paper and metal. Can someone imagine the impact of this? The entropy of that country may increase many folds.

There was a powerful depiction of the trauma human life which says that in childhood one has stamina and time, but no money to enjoy, in young age, one has stamina and money but no time to enjoy and in old age, one has time and money but no stamina to enjoy. That means, a person keeps running for the things throughout his life and never finds his hands full enough to enjoy the life. And he dies living such a life. Is there no way in between?